Near to You is now on Kindle: http://www.amazon.com/Near-To-You-ebook/dp/B007NOIIQY/

My debut novella is now available from Phaze Books!

It’s just $2.99 and available in various formats for your ereader or PC such as PDF (so there is no need to pirate, the pair of you here looking), EPUB, PRC, MOBI, and HTML.

Coming soon on other ebook sellers.

I hope you enjoy!

But then a new hero/heroine tapped me on the shoulder.

It’s not just them! They brought a whole crew of friends as well, and there’ll be a series of at least three novellas in the same series: Circle of Friends. The first one? HOW CAN YOU MEND A BROKEN HEART?

Want a preview of the first one? Working blurb (subject to change) is below.

Joshua Lee Merrill has been a playboy for years, never content to settle and convinced there’s no such thing as “the right one”—just “the right now.” For a while, he thought he had the perfect woman—until she summarily dumped him and gave his ego a severe thrashing. His group of friends are there to help with his broken heart…but it’s his old pal Derica who suddenly has him hot with desire.

I’m hard at work on my next book, Wild Horses. At this point, the length will probably be a short novel (50 000 words). I’m not ready to share a snippet yet, but want to check out the blurb? 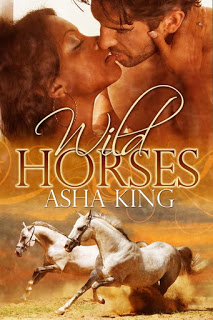 ***
Popular blogger Danyiah
Jackson is known for finding the humor in anything—until some of her fan mail
turns threatening and a stalker makes it clear he’s been watching her. She
grudgingly accepts the advice of a threat assessment expert and disappears from
the online world, taking temporary refuge at a family friend’s quarter horse ranch
in the country.
Head horse
wrangler Adam Cooper isn’t thrilled about the smart-mouthed young woman
suddenly living and working at the ranch—even if she’s drop dead gorgeous. But
their verbal sparing sets his body ablaze and gets his heart racing, and he’s
drawn to her despite his misgivings.
As Danyiah and
Adam fight their attraction, however, her stalker draws near, putting not only
their fledgling love but their lives on the line.
***

I’m having a lot of fun with this one. The chemistry between Dani and Adam is sizzling, and I get to write about horses and barrel racing. More details coming soon!

Turned in edits today for my debut novella, Near to You–and I can’t wait for you to meet Niara and Brady on March 20. Want to know how it all gets started?  See below!

I’m hard at work on Wild Horses and when the blurb is finalized, I’ll share information about it here.