Release is less than a month away (May 15!), edits are turned in, and I thought it would be a good time to post an excerpt so readers can meet Derica and J.L. for the first time. 🙂

Instead of the first chapter, here’s a a glimpse of them from a bit later when they first start to get close… 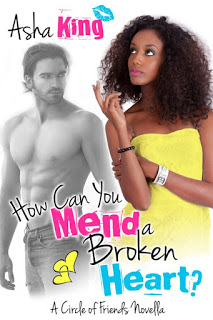 Shivers danced down Derica’s back as warm fingers trailed up her arm,
and then a firm hand clasped her shoulder to turn her around.

She’d danced in a group with him before. Never one-on-one, never to a
slow, sensual number like this. But her hands moved up his arms to snake
around his neck as he drew her close—very close. Her pulse thrummed
wildly as he enveloped her in the heat of his strong arms, pressing her right
up against his muscular chest. She averted her gaze, tilted her head down and
to the side as they moved.

It took but moments to find their rhythm and then they moved in tune to
one another, bodies molding together as if they’d been dancing as a couple for
years. And of course, she was prone to wondering if such compatibility would
extend to all coupled physical activities as well…

His breath stirred the fine hairs by her temple and the air was charged
for a moment as she felt him about to speak. “They were getting to you too?”

Again, that deep voice dipped right under her skin and drove her wild. “Was
it obvious I was bolting?”

“Probably not to them. And that kind of stuff goes right over Shay.”

But not him. So he willingly joined her away from the resident Adorable
Couple. “Normally they don’t bug me, but…” She shrugged but still didn’t look
up at him.

“But?” he prompted, lower this time and right above her ear.

Derica blinked, trying to regain her focus despite the feel of his hot
breath caressing her skin. “But I guess I’m in a mood. I’d have stayed home and
caught all the Thursday sitcoms if not for Shay calling.”

“Desperate to see me depressed?” He tensed, just slightly but enough
that she felt it.

She tilted her head to glance up at him, a small smile taking her lips.
“To see you cheered up.”

He held her closer and she felt the rather considerable evidence of him
being “cheered up” pressing against her lower belly. Her heart kicked hard
again. His eyes were heavy-lidded, staring down at her, but she didn’t linger
on them for long; instead her gaze trailed down to his full lips for a moment
before dropping again, and her face flamed.

“You’re pretty when you blush,” he said in a low voice and she could
nearly hear the smile in his tone.

“I’m not blushing,” she said lightly. “It’s…warm. Poor air circulation
with all these people.”

“We could head back to the table if it’ll cool you off.”

It sounded like a challenge—which she found impossible to resist. “If
the heat’s a little too much, I’ll be sure to let you know.”

His arms tightened around her, big hands smoothing the material of her
dress over her hips. “You do that, Washington.”

Book Blurb for HOW CAN YOU MEND A BROKEN HEART?:

Joshua Lee Merrill has been a playboy for years, never content to settle and convinced there’s no such thing as “the right one”—just “the right now.” For a while, his friends thought he had the perfect woman—until she summarily dumped him and gave his ego a severe thrashing. His group of friends are there to help with his broken heart…but it’s his old pal Derica who suddenly has him hot with desire.
Derica Washington nursed a crush on her friend J.L. for years while he went through a string of girlfriends and never gave her a second look. But now he’s broken-hearted, alone, and his sights are set on her at last. She’s determined not to give in to him, though turning the love ’em and leave ’em attitude on him is tempting. And it can’t hurt to indulge this once…can it?