Stray Cat Strut is coming your way in just a few weeks. If you haven’t checked the series out yet, you can currently get the first two books for 99c each.

If you have read them, fear not–there’ll be a recap posted here for download come Stray Cat Strut‘s release day. 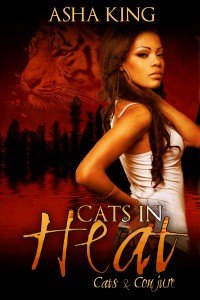 Adelaide Deveraux lives a quiet life in the country, never quite fitting in with other people and preferring her spare time spent caring for the various stray cats in the area. But late one Friday night, a feline of a much larger persuasion shows up at her door, shifting into a very injured—and very naked—human man in need of help.

Erik Wells has been on the run his whole life: from the people who killed his parents when he was a boy, from a group determined to exterminate his own kind, and now from the underground gladiator ring who abduct shifters and have them fight to the death for entertainment. And he needs to keep running, but something about Addie draws him to her home and her care.

The tiger in him senses it: there’s more to Addie than apparent at first glance—more to her knack for working with roots and herbs; more to her prophetic dreams; more to the secrets buried in her family history. But if she is who he thinks she is, the danger’s just beginning, as the powerful man responsible for keeping Erik captive for so long will stop at nothing to obtain her for his own. 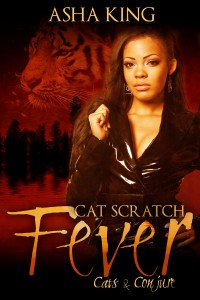 Tiger shifter Erik Wells has reluctantly left the woman he loves in the hopes of protecting her from the people out to get him. But his retreat has come too late: Erik’s enemies have not only found her but know exactly who she is and what she’s capable of.

Adelaide Deveraux is only beginning to discover the power of conjure passed down to her from her late witchdoctor grandmother. But those powers might not be enough to save her when she’s taken from the sanctuary of her house and brought to the man intent on owning her and her magic…even if he has to break her to do it.