You are here: Home / Circle of Friends / How Can You Mend a Broken Heart? 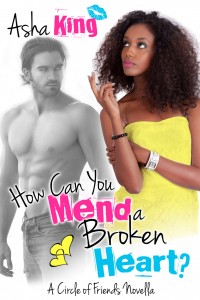 Joshua Lee Merrill has been a playboy for years, never content to settle and convinced there’s no such thing as “the right one”—just“the right now.” For a while, he thought he had the perfect woman—until she summarily dumped him and gave his ego a severe thrashing. His group of friends are there to help with his broken heart…but it’s his old pal Derica who suddenly has him hot with desire.