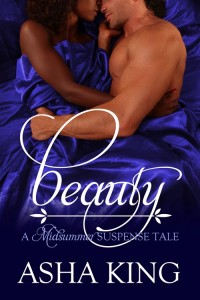 She doesn’t know the danger coming for her …

Awkward, wild child Bryar Rosings was raised in the country by her aunts, isolated from the world at large. Her birth family remains a mystery to her, secrets kept hidden away to prevent a dangerous foe from locating her. Still she longs for a life outside of Midsummer and finally plans to make her big getaway just as soon as she has the money saved up. It’s not like there’s anything else keeping her there.

In running away from his life, he finds what he least expected …

Troubled pop star Sean Philip Sawyer needs a break from life as much as from his career. A quiet town like Midsummer, outside the usual vacation season, seems like the perfect place to forget his past and ignore his future. A chance encounter at a late night beach party, however, turns up the one thing he never thought he’d find: a woman who doesn’t recognize him. Bryar arouses and fascinates him in turn, stirring hope for a future without fame.

But a chance video going viral kicks into motion a decades’ old grudge that threatens not only their love but their lives. As a mysterious, powerful criminal known as The Dragon rises, Bryar’s dark past could spell their end unless Sawyer can save them both.